When voice is produced using inhaled air. By contrast, normal voice production uses exhaled air. Voice production with inhaled air is often involuntary or unintentional—for example, a gasp of surprise, or with a person whose vocal cords are scarred or paralyzed in a nearly closed position. Inspiratory phonation is also more limited with respect to pitch range and loudness than is normal, expiratory phonation.

Reinke’s (smoking-related) edema and how to see it: Series of 4 photos 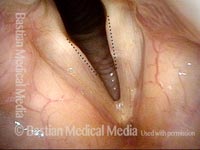 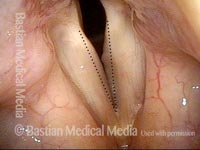 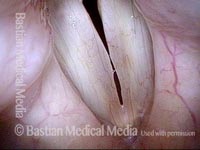 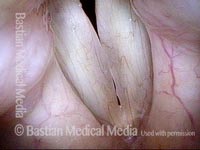