You’ve come to the right place.

Inability to belch or “burp” (Also known as Retrograde Cricopharyngeus Dysfunction, or R-CPD for short) occurs when the upper esophageal sphincter (cricopharyngeus muscle) loses its ability to relax in order to release the “bubble” of air.

2 | Where Patients Come From?

People who cannot release air upwards are miserable. They can feel the “bubble” sitting at the mid to low neck with nowhere to go. Or they experience gurgling when air comes up the esophagus only to find that the way of escape is blocked by a non-relaxing sphincter. It is as though the muscle of the esophagus continually churns and squeezes without success. Common symptoms include the inability to belch, gurgling noises, chest/abdominal pressure and bloating, and flatulence.

This is almost always, but not exclusively “lifelong,” though persons may not recognize this as a “problem” or “difference from others” until early childhood or teenage years.

This is almost always, but not exclusively “lifelong,” though persons may not recognize this as a “problem” or “difference from others” until early childhood or teenage years. These noises can be mostly quiet and “internal,” but more often are loud enough to be embarrassing. Mouth opening makes them louder. Almost everyone says they are easily heard several feet away; not infrequently “all the way to the door.” They engender social anxiety in most persons with R-CPD, causing some to avoid eating or drinking for hours before social occasions and even during them. Carbonation makes them much worse and is to be avoided at all costs. Some more colorful patient descriptions:

Most common location is high central abdomen. Distention is common, especially later in the day. Using pregnancy as an analogy even in men, the usual degree of distention is described as “3 or 4 months.” “Six months” is not rare, and one slender young man was “full term.” Almost as often as abdominal distress, patients describe chest pressure, and for some that is the worst symptom. Some have pressure in the low neck. While “pressure” is the frequent descriptor, some experience occasional sharp pain in abdomen, back, or between shoulder blades. Some have to lie down after eating to find some relief.

Routinely, this is described as “major,” or even “ridiculous.” Flatulence increases as the day progresses, and many experience it into the night. When around others, some scan their surroundings at all times for a place they can go briefly to pass gas. Understandably, the social ramifications of this problem can also be major. 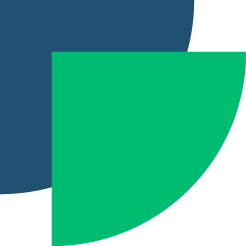 when symptoms of bloating are major.

A few simply cannot vomit; more often it is possible but only after strenuous retching. Vomiting (spontaneous or self-induced) always begins with a very loud noise and major release of air in a phenomenon we call “air vomiting.” Emetophobia can be major.

This can be MAJOR due to gurgling, flatulence, and discomfort.

(Still under evaluation): The question is whether this occurs over time if flatulence cannot be responded to, so that muscular effectiveness is diminished.

A person can be so full of air that athletics, or even ability to climb stairs, etc. are impaired.

Where Do Patients Come From?

Inability to burp or belch occurs when the upper esophageal sphincter (cricopharyngeus muscle) cannot relax in order to release the “bubble” of air. The sphincter is a muscular valve that encircles the upper end of the esophagus just below the lower end of the throat passage. If looking from the front at a person’s neck, it is just below the “Adam’s / Eve’s apple,” directly behind the cricoid cartilage.

If you care to see this on a model, look at the photo below. That sphincter muscle relaxes for about a second every time we swallow saliva, food, or drink. All of the rest of the time it is contracted. Whenever a person belches, the same sphincter needs to let go for a split second in order for the excess air to escape upwards. In other words, just as it is necessary that the sphincter “let go” to admit food and drink downwards in the normal act swallowing, it is also necessary that the sphincter be able to “let go” to release air upwards for belching.

People who cannot release air upwards are miserable. They can feel the “bubble” sitting at the mid to low neck with nowhere to go. Or they experience gurgling when air comes up the esophagus and is blocked by a non-relaxing sphincter. It is as though the muscle of the esophagus continually churns and squeezes without success. The person so wants and needs to burp, but can’t. Sometimes this can even be painful. Such people often experience abdominal bloating as the air must make its way through the intestines before finally being released as flatus.

For people who experience this problem to the point of discomfort and reduced quality of life, here is one approach: First, a videofluoroscopic swallow study, perhaps with effervescent granules. This establishes that the sphincter works normally in a forward (antegrade) swallowing direction, but not in a reverse (retrograde) burping or regurgitating fashion. Along with the symptoms described above, this establishes the diagnosis of retrograde-only cricopharyngeus dysfunction (non-relaxation).

Second, a treatment trial involving placement of Botox into the malfunctioning sphincter muscle. The desired effect of Botox in muscle is to weaken it for at least several months. The person thus has many weeks to verify that the problem is solved or at least minimized. The Botox injection could potentially be done in an office setting, but we recommend the first time (at least) placing it during a very brief general anesthetic in an outpatient operating room. That’s because the first time, it is important to answer the question definitively, that is, that the sphincter’s inability to relax when presented with a bubble of air from below, is the problem.

For a few months at least, patients should experience dramatic relief of their symptoms. And, early experience suggests that It may be that this single Botox injection allows the system to “reset” and the person may never lose his or her ability to belch. Of course, if the problem returns, the individual could elect to pursue additional Botox treatments, or in a truly severe case, might even elect to undergo endoscopic laser cricopharyngeus myotomy.

This abdominal xray of an individual with R-CPD shows a remarkably large gastric air bubble (dotted line), and also excessive air in transverse (T) and descending (D) colon. All of this extra air can cause abdominal distention that increases as the day progresses.

Flatulence in the evening and even into the night returns the abdomen to normal, but the cycle repeats the next day. To ask patients their degree of abdominal distention, we use pregnancy as an analogy in both men and women. Not everyone describes this problem. Most, however, say that late in the day they appear to be “at least 3 months pregnant.” Some say “6 months” or even “full term.” In a different patient with untreated R-CPD, here is what her abdomen looked like late in every day. Her abdomen bulges due to all of the air in her GI tract, just as shown in Photo 1.

The same patient, a few weeks after Botox injection. She is now able to burp. Bloating and flatulence are remarkably diminished, and her abdomen no longer balloons towards the end of every day.

A view of the mid-esophagus in a young person (early 30’s). The esophagus is kept open by the patient’s un-burped air. Note the “aortic shelf” at A, delineated by dotted lines.

A moment later, additional air is pushed upwards from the stomach to dilate the mid-esophagus even more. A bony “spur” in the spine is thrown into high relief by the stretched esophagus.

A view of the upper esophagus (from just below the cricopharyngeus muscle sphincter) shows what appears to be remarkable lateral dilation (arrows) caused over time by the patient’s unburpable air. Dilation can only occur laterally due to confinement of the esophagus by trachea (anteriorly) and spine (posteriorly), as marked.

What the Esophagus Can Look Like “Below A Burp”

Read this initial peer-reviewed article on this condition, written by Dr. Bastian and colleague.

Check out our entries on R-CPD

See Us In The News

Meet a Nova Scotia woman who couldn’t burp her entire life, until now

@Lilamycox | I Can Burp Now

My R-CPD Dysfunction of the Belch Reflex Journey

Chronic Stomach Pain: How I Cured Mine

Dysfunction of the Burp Reflex (DBR) 2: The Cricopharyngeus Muscle